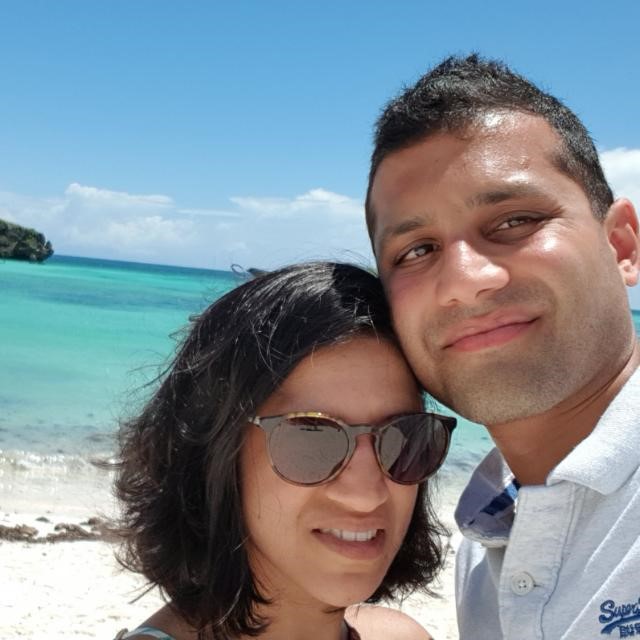 What a whirlwind of a year so far. In January of this year, coronavirus was not a word mentioned in majority of the households in the UK, but now it’s something we won’t ever forget. For some, the past 6 months have been an absolute nightmare, not only due to the effects of the virus on the ordinary population, but for those like us who have felt such tragedy and have had to carry on in such difficult circumstances.

For us, December, January and February were our happiest months. We were over the moon in December when we found out we were expecting our first child, and now, when I look back, I wonder how I could have been so naive and innocent to think nothing could go wrong.

I had turned 21 weeks pregnant on 21st March and was slightly overdue for my 20-week scan. My scan had originally been scheduled for 30th March as we were due to go on holiday but due to the FCO travel advice, our travel plans had been cancelled abruptly. I therefore decided to bring my 20-week scan forward and we rebooked the scan for Tuesday 24th March instead. We had not thought much about this scan, mainly due to worrying about whether or not we would be able to travel, and at that time, work at the hospital (I work in a busy central London hospital) had gone slightly crazy, so my main focus had been on staffing, covid-19, and work. In our minds, this was just a routine scan. We were not concerned and had already bought our dear baby a few things in preparation for his/her arrival.

When we arrived at Northwick Park Hospital, we were told that partners could not accompany the mother to the scan due to the outbreak. Northwick Park was one of the worst hit hospitals at that time. It was understandable that they did not want to increase that infection risk. I went in for my 20-week scan and we will never forget what followed. The sonographer was scanning for quite a while, at which point I became slightly anxious as I hadn’t imagined that the scan would take so long. She then told me that she couldn’t see the baby’s heart properly and therefore would need to refer me to the foetal medicine unit for further scans.

As my husband had not been with me during the scan, when I came out of the unit, his face turned from a smiling face, to a look of terror, when I informed him that the scan didn’t go as smoothly as expected.

However, we were only expecting the baby to have a hole in the heart, as the sonographer had said. We had just about come to terms with this diagnosis, having done some background reading, so we knew what the possible outcomes may be.

We were referred to Queen Charlotte’s and Chelsea Hospital for the foetal echocardiogram on Friday 27th March. Again, my husband was not allowed to come to the scan for obvious reasons. This was during the height of the outbreak and there was a definite panic in the air when entering the hospital.

The scan was worse than expected and we were given terrible news at the appointment. Our worst fears had surfaced, and we had not been prepared for the news we were given. Our baby had developed three serious cardiac defects during the pregnancy which had a potential link to a chromosomal abnormality. Our hearts were both broken and at that moment, we both felt lost, alone, and terrified. The staff at the hospital were just incredible. They showed us so much love, care, and compassion and were so gentle with us both. They allowed my husband to come up to the unit, explained everything in detail, and gave us our options. They also stayed with us to comfort us and help us understand what had happened.

We could either continue with the pregnancy or terminate at 23 weeks. As we were almost at 24 weeks (legal limit for terminations), we had a very small window in which to make such a difficult decision. We were also given the option of having an amniocentesis to identify any genetic abnormalities. The procedures were traumatizing, and I was exhausted by the end of the hospital visit. We had the weekend to decide; the most difficult and awful weekend of both our lives. Our anxiety with the decision making was heightened by the fear of not knowing what level of care we would receive from the hospitals given the great deal of uncertainty surrounding the outbreak.

We decided that it would be unfair to continue the pregnancy, knowing that our baby would suffer when born, and would need such invasive surgery at such a young age. Life in this world is already difficult enough, and anything to make that even more of a struggle would just not be fair. We went back to Queen Charlotte’s Hospital to have the initial part of the termination procedure (to stop her heart) and then went to Northwick Park Hospital two days later to deliver our beautiful baby girl, Mia.

The bereavement suite was just beautiful. It was calm, quiet, and peaceful and we were so lucky that both of us were able to stay during the whole labour process, for two nights and 3 days. It was a difficult few days, but the midwives who were looking after us were amazing. They understood that I couldn’t go through the experience on my own and I would need my husband around, not just for the labour but for the full duration of my stay in the suite. Unlike for most, this was not a happy birthing experience for us. We knew that we would not be bringing home a healthy, happy baby. The labour itself was the most traumatizing experience I have ever had. Giving birth to a baby who had died in my womb was not what I had envisaged when I had previously thought about my pregnancy.

The midwife who discharged us, gave us numerous contacts of charities who would be able to help us through such a difficult time, and in the days that followed, she called us a number of times during the day to make sure we were both well and recovering. I remember clearly thinking that we should be walking out of the hospital doors with Mia in the car seat, but instead we were walking out holding onto a memory box filled with her belongings – the only things we would have to hold onto her memory. We were going to have to leave Mia behind.

The outbreak has made us feel lonelier and more upset than I ever imagined. I have overthought everything at least ten times over, wondering if we had made the right decision, whether I had done something wrong during the pregnancy, questioning why this had happened to us. No amount of distractions can help when going through baby/pregnancy loss and this has been made even worse during the outbreak due to the lack of distractions we have had. We haven’t been able to have family or friends over to help us grieve or distract us. This could however be a blessing in disguise, aiding in allowing us to grieve by ourselves and find comfort in each other.

We were fortunate that everyone around us were very supportive of our decision, but the guilt of having terminated the pregnancy made us feel like we needed to fully justify our actions to everyone, even though deep inside us we knew the decision we made was out of the utmost love for Mia. There was a feeling that some people didn’t understand the implications of what had happened to us and the difficulty we faced in making our decision. We also felt people who weren’t aware of how far along we were in the pregnancy, couldn’t really understand the gravity of the trauma we had endured, and therefore couldn’t be there for us in the way we needed.

We are so grateful to the charities which have carried on providing support and help especially to those bereaved parents who have experienced loss during this outbreak. I think we would have really suffered if it was not for their counselling sessions, offers of advice and dedication to the work they do. Baby and pregnancy loss can make parents feel utterly helpless, lonely (even though everyone tries to offer their compassion), and full of grief. There is nothing people can say or do to make the pain and grief go away, but the befrienders have been able to share their own stories and experiences, offer consolation, and reassure us that the pain will ease, whilst also appreciating and understanding the weight of sorrow we feel. The charities have been invaluable; and we are still receiving so much support from them. Overall, we feel there needs to be more public focus and awareness on baby loss and the effects this can have on families. The stigma felt when a baby dies, either in the womb or on earth, is just cruel. When a baby is born, it is a moment to be celebrated, but when a baby dies before or at birth, it is something people do not find easy to talk about or acknowledge.

We love talking about Mia, and the befrienders and counsellors really make an effort to ask us questions about her and about the pregnancy. This is something that makes a huge difference to the way we feel. We feel she is still very much present with us in our everyday lives; we are striving towards celebrating life on her behalf.

It is wonderful to see Petals, Tommy’s and ARC forge this partnership to improve awareness on TFMR. The loss of a baby for any couple is extremely terrifying but experiencing this during a pandemic such as the one we are currently facing, can be extremely traumatic and the repercussions associated with baby loss such as emotions ranging from guilt, anger and sadness are exacerbated. Having been through this frightening experience, increased awareness around TFMR which leads to improved support for parents whether it is help with making such a heart-breaking decision to terminate a much-wanted pregnancy or just having the opportunity to speak to someone following a TFMR to relieve some of the loneliness, is something which would be much welcomed.