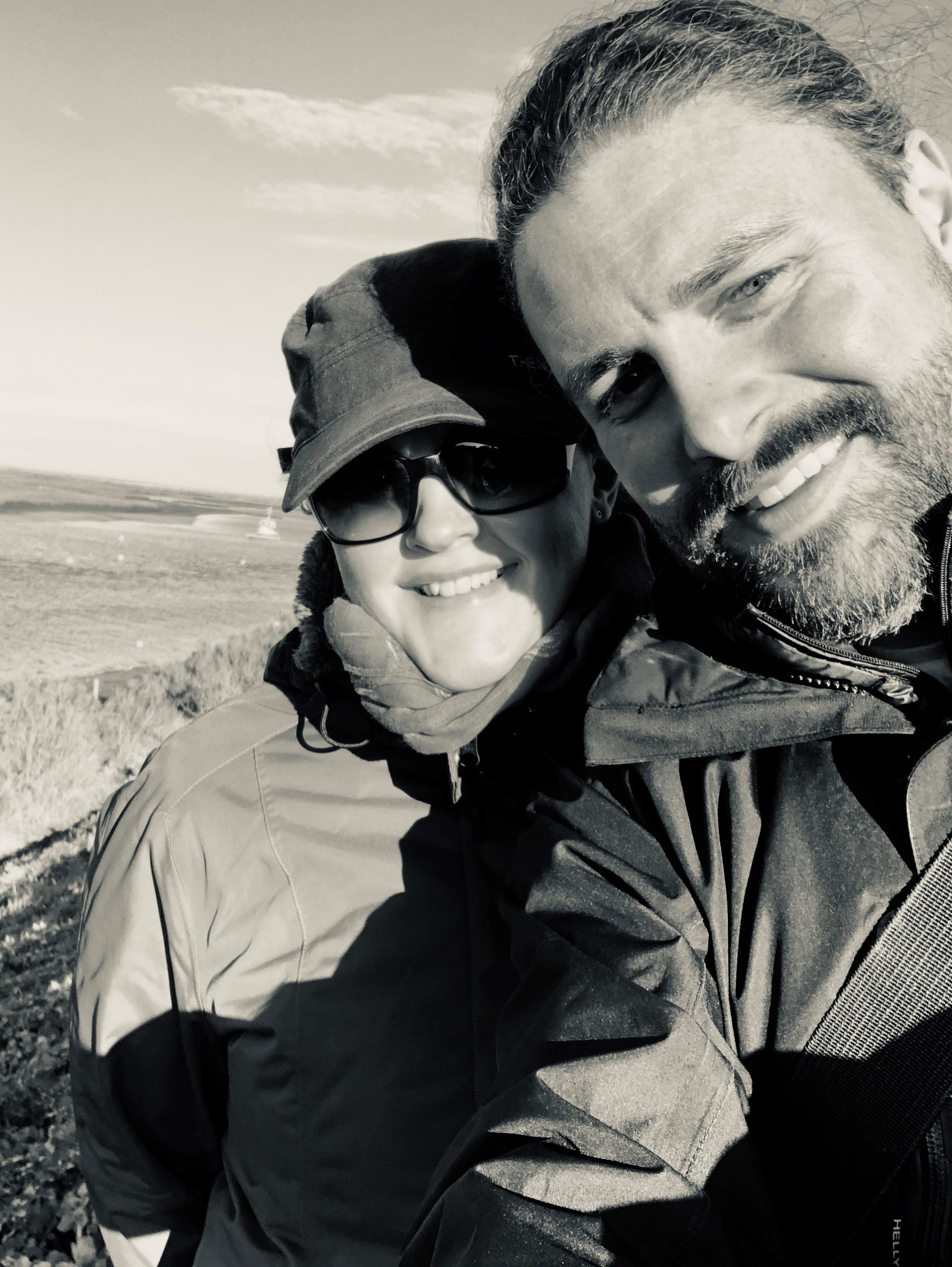 This is the story of Lyn, Tom and Pip.

Our journey to Petals was a long one. Having tried to start a family for 4 painful years, we eventually went through IVF and fell pregnant. We spent the next few months excitedly preparing for the birth of our first child as expectant parents do; buying everything we needed, decorating the nursery and attending birthing classes. We hadn’t wanted to know the sex of our baby – and so we affectionately referred to my bump as ‘Pip’. It was a healthy, uneventful pregnancy and as the time edged closer to my due date I felt ready, knowing we were as prepared as we could be for a natural and happy experience.

Unfortunately, it was not to be. Having laboured through the night we were finally asked to attend The Rosie early in the morning. Laden down with bags for our planned water birth, we entered one of the birthing suites where, for a time, our world stopped turning. Pip’s heart had stopped beating, and life as we knew it shattered into a million tiny pieces.

When we heard those words I think we both expected some kind of dramatic action to ensue, an urgent rush to save our baby and all the dreams we’d held so dear. But there was nothing – of course, that they could do. We had fallen through a crack in the universe into an alternative reality that no-one ever contemplates in advance, that no one can prepare you for and there we might have stayed if it weren’t for the incredible support and guiding lights we were blessed with in the Bereavement team at The Rosie and, later, Petals.

Both birth – and death – are life changing experiences and in the case of stillbirth, it is one that magnifies the other, throwing the pain into sharp relief against the ‘usual’ backdrop of a new arrival.

Once the formalities were taken care of, we were sent home empty handed. Just the two of us where there should have been three, in the car where so many memories are normally made of that first journey home.

In the weeks that followed, through a fog of grief, we continued to give thanks for the support that we received – by the NHS services in our area and of course our devastated friends and family; but there was so much that we knew we would still have to face. A whole ‘new normal’ to navigate and no idea how to do so. Until we sought help from Petals.

Neither of us had ever seen a counsellor before – but nor had we ever faced a trauma like this and so it felt right to reach out for guidance; Karen was our guardian angel. She led us gently, with huge empathy and compassion towards a new path out of our all-encompassing grief and towards a future; whilst a changed and very different to the one we were expecting – a future all the same.

The process wasn’t easy, but a deep shock coupled with deep grief was never going to be a walk in the park. What we needed – and found in Karen was someone we could both unburden to. A neutral, calm and knowledgeable person who deftly steered us through the emotional turmoil just by talking, asking questions and offering us a space to speak completely openly without worry or concern for her emotional welfare. A relationship that is impossible to find within your personal circle – particularly with such an emotive subject – but one that is invaluable in a counsellor.

We attended sessions mostly together as a couple, where we were able to talk through our experiences and feelings, which were by their nature, so different. There were aspects and subjects that I am sure we never would have tackled without the gift of her guidance and safe space to do so.

Sometimes, I attended alone which was equally helpful. Karen had a way of untangling a web of emotions and thoughts, bringing calm where there had been confusion often with just a simple turn of phrase; they were lightbulb moments which I then took away with me (and still hold onto now!)

Petals gave us the tools that we needed to begin the long journey towards a positive future. The experience of losing Pip has taught us so much. It has, of course, changed our lives forever but we are now able to see that surviving stillbirth has given us a surety that we can survive anything. Many people go through their whole lives with a fear of change, of the unknown, even of grief and yet we were given a gift in Pip that has shown us we don’t need to be afraid. There are people to guide you, and show you how to live again – people who show you that you are not alone – and those people we found in Petals.

We’ll be forever grateful; more than words can say, for him and for them.