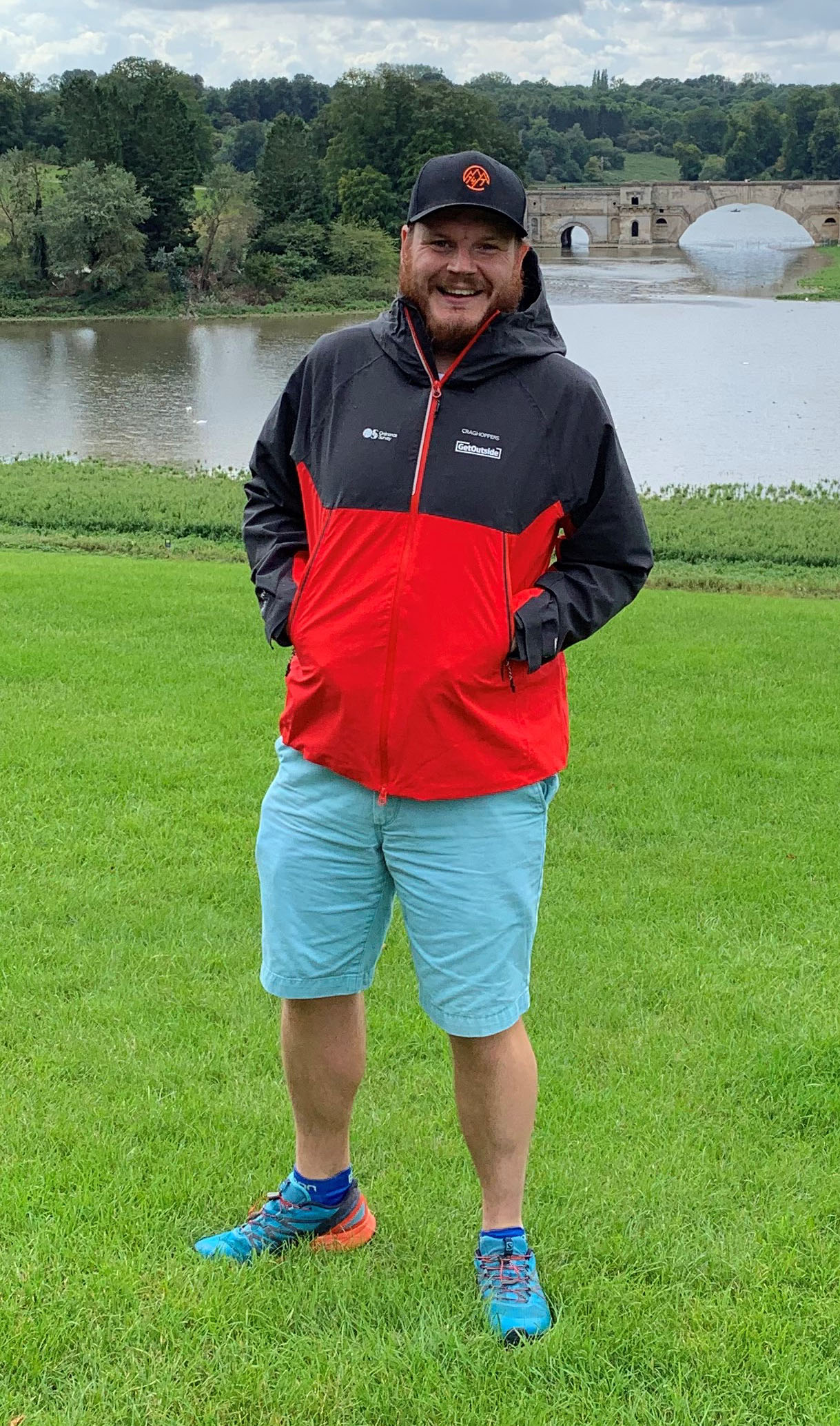 “As a family we have gone through the best and the worst experience. After trauma you do change and you do look at things differently and I just think Petals is such a crucial service. You cannot get stronger without solid foundations; we all know that. I do believe I wouldn’t be half as strong as I am now without the Petals service.”

On 16 July 2019 Guy, and his partner Kayleigh’s world changed. Kayleigh was 32 weeks pregnant with twin boys, to be named Jasper and Barney. She wasn’t feeling right so headed to the midwife, where she was sent to their local maternity hospital unit to get checked out. The midwife could identify just one heartbeat – Jasper’s. Doctor’s then had to work quickly to deliver Jasper safely. Guy says: “It was like my worst nightmare; this was the most brutal introduction to becoming a dad.” Jasper was 3lbs 3 when born and needed to spend some time in NICU. Guy adds: “It was amazing to see Jasper develop, to hold him for the first-time skin to skin, all those moments. But then came this massive stab in your heart that we’d lost his brother.” Guy and Kayleigh found out that their boys had had twin to twin transfusion syndrome, a very rare pregnancy condition.

Kayleigh was moving around a bit after her surgery, she wanted to go and see Jasper and there was this real hard bit. I really wanted to see Barney straightaway, but Kayleigh was finding it quite hard. We did it in steps. He was there, our beautiful little boy. I was a bit scared at first to be honest as the idea, the brutal realities of having a son in intensive care and a son who had passed, that really hit me and especially when I spent time with Barney. I found a lot of comfort in seeing Barney and spending time with him and taking photos. It’s one thing I have said to some people, is take as many pictures as you can, you don’t have to look at them now or doing anything with them but just take them because you won’t get a chance again. We managed to get both the boys together and have a family photo. There was this moment, I am not spiritual at all and I respect people’s beliefs and opinions, but both boys touched feet and Jasper really started smiling. It was not like a wind smile; I have learnt what that is now. There was a moment and it was amazing.

When we were in hospital we were told about Petals. I knew we had to talk to somebody for our mental health. When we were home Kayleigh contacted Petals and we went to Banbury to see our counsellor. It is one of those things that you don’t think you are ever going to talk about, me and Kayleigh are a new couple as well, we haven’t been together that long. With Petals we would both go, and then two weeks later Kayleigh would go on her own, another two weeks later I would go on my own, then we would go together again – that was very beneficial for us. As a family we have gone through the best and the worst experience. After trauma you do change and you do look at things differently and I just think Petals is such a crucial service. You cannot get stronger without solid foundations; we all know that. I do believe I wouldn’t be half as strong as I am now without the Petals service.

Have you found, as a whole, that you have been treated any different because you are the father as opposed to the mother?

The nurses and the medical staff were fantastic in hospital. I would say I had to go kind of looking, and I still am, for male led things. I do sometimes think it is almost, and I mean this in the nicest possible way, but it’s like an add-on like we have to cater for the dads as well. I am lucky I have the support from some amazing friends and people around me to help me. Generally speaking, it was really good and at Petals it was amazing, there was no you’re the dad you should be …. There are these clichés aren’t there, you should be tough, your pride, your weakness. Everyone deals with things differently; I am open, and I don’t mind being like that, but I totally respect that some people are not like that and would rather read something. I just like the idea of there being a bit more of a hub, it’s great now that there is a Petals dads Facebook page, that is a great step forward.

In hindsight what advice would you give to anyone going through what you have been through right now?

It takes time, there are no shortcuts, it’s raw, it’s brutal, it’s unfair, it’s uncomfortable, you will cry, you will smile. The rawness doesn’t last forever. I think about Barney every day, but you learn your coping strategy, but you can only do that if you have the help at the start. That is what is crucial. I don’t want any dad to feel like they don’t have anywhere to turn.

How do you think friends and family could best support couples and specifically the dads?

I think sometimes friends and family need to step back. Also learning that you can’t compare it, I had some brutal things said to me by close friends ‘oh well at least you have got Jasper’ and ‘least you know you can have kids’ and I was like ‘did you actually just say that’. I became more aware of my mum, grandmas, grandads, aunties and uncles who were affected as well. I couldn’t understand it myself so how could someone else who is not the father or not the mother, how can they understand it. I know my mum has said it has been so hard for them because for once she cannot say everything will be ok. I think just step back and try and let the parents be.

You had the grief of leaving Barney, but you still had to show up and parent Jasper. How did you cope with that?

You have to allow yourself moments where it is not all about Barney. Kayleigh sometimes gets upset because she thinks she hasn’t thought about Barney enough. I want Jasper to see that you can be strong in tough times and I think that is why I have got into running ultra-distances. When I first found out Kayleigh was pregnant, I was petrified, I was just dealing with some mental health issues but then I addressed those issues. I am so glad I have got this mental health toolkit that can help.

When you think of Petals what does it mean to you?

It is strength and a chance to rebuild.

Can you recommend any books, podcasts or blogs that you have found particularly useful? Was there anything out there that you kind of turned to?

Yes, but not baby related at all. Richard Roll the Good Grief podcast. I found that really good huge variety and looking at strategies for grief. I would rather listen to a podcast of someone who has actually done something than a specialist talking about it, if that makes sense. I would rather listen to someone who has climbed Everest than a bloke who has studied the sport science on Everest.

Tell us about your current running challenge

I’m running 10k every day in July and ending with a 60km ultra to raise funds for Petals (www.justgiving.com/fundraising/guy-ilott). Running has been a really good thing for me and my mind. Petals did so much for me so this is a way to say thank you.