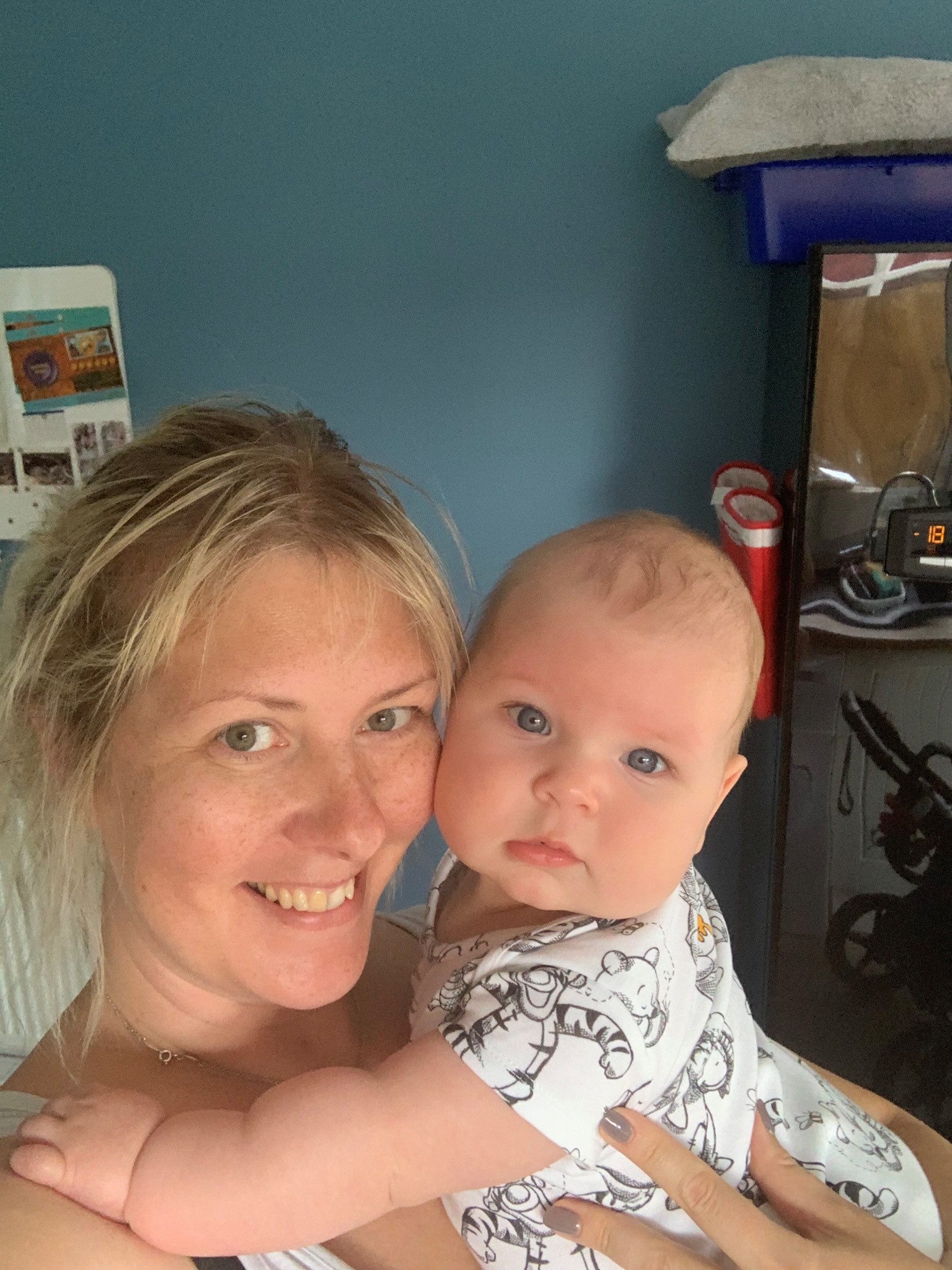 Gemma Miles and her husband Colin, from Ipswich, had four miscarriages before they came to Petals. The first was in October 2014. In 2017 they had two more early miscarriages. Following the third Gemma underwent some a hysteroscopy to investigate possible causes. It was found that Gemma had a bicornuate uterus, and the consultants suggested that could have been the reason for the miscarriages, but not for certain so they were encouraged to try again. In 2018 Gemma and her husband tried again and fell pregnant, this time with twins. Unfortunately, this pregnancy also ended in miscarriage. At this point Gemma was referred to St Marys Hospital in London. During their investigations they discovered that Gemma didn’t have a bicornuate uterus, she had a subseptate uterus. Essentially her uterus had a septum dividing it. It was easily treatable with minor surgery and they thought the cause of her miscarriages. Gemma had the surgery in November 2018. She fell pregnant in March 2019 and her beautiful rainbow Daisy arrived on 20 December 2019.

After your loss what did you struggle with most?

I’m not very good at opening up, I had convinced myself it was my fault. That my body had let me down. Going to St Marys and finding out what was wrong kind of confirmed it for me, I know I had no control over it but it’s how I felt.

How did you use the Petals service?

I was introduced to Petals when I was under St Marys care. The counselling was such a lifechanging experience for me. I had ten sessions with Chloe (my counsellor) before I fell pregnant with Daisy, so while going through my surgery. I then continued to see her privately. When I fell pregnant, I was reintroduced again to have some more sessions. I had the sessions alone and I think I benefitted more from that; I didn’t want to burden my husband anymore with how I was feeling. A lot of my anxiety was about being pregnant, and then at 18 weeks pregnant with Daisy I had to have a cervical sutra fitted. I had a massive bleed a few days later. At this stage I was introduced to Ali Brett, Bereavement Midwife at Ipswich Hospital by my Petals counsellor. Ali then joined me at my local appointments, she was there for me to talk to, she was wonderful. I used to visit her Rainbow clinic monthly, have regular scans or Ali would listen to the baby’s heartbeat. This alongside my counselling really helped me.

How did you feel after you used the Petals service?

The support I’ve had from Petals has been amazing. I wouldn’t have been able to get through the pregnancy without them. I was so anxious. Previous to Daisy I had never managed to carry past 12 weeks, so I thought once I got past there I’d be ok, but I wasn’t. As soon as Daisy arrived it felt like a huge weight had come off my shoulders. It wasn’t until after I’d seen my counsellor that I realised how important it was to open up about these things and not go through it alone.

How did the work you did with Petals help you prepare for the transition into a full-term pregnancy and having Daisy?

The counselling sessions were key, speaking to someone about everything. I’m quite logical, but some days Chloe would open with ‘How are you’ and everything would come out. She created such a safe and supportive space. I owe the Petals everything. I would have got through the pregnancy, but my mental health would have been such a problem. Looking back now I feel quite sad about my pregnancy as I never really enjoyed it. I was so looking forward to going into labour. I just wanted her here.

Lifesaving. Without their support I’m not sure I would have put myself through another pregnancy, they gave me the strength to give it one more go – thank goodness we did.

What advice would you give to anyone going through what you have been through?

Not to give up hope. There were many times I gave up hope. We have been through this journey together.

My counselling has helped me keep my anxiety under control. I hope I’ll be a better mother for it after all I’ve been through. I’ll never forget the babies I’ve lost and what could have been but then I wouldn’t have Daisy.